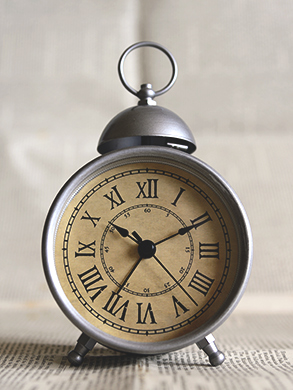 The date was November 16th, 2019. At 2:30 am that Sunday morning this blog went live. I remember the feelings well from that time – the pervasive depression that lapsed occasionally into outright despair. The feeling of isolation and being totally alone in the world. And above all, the sense of hopelessness about the future. I’m not sure exactly why, but I thought telling others about my situation might help them, and I hoped it would help me.

As my wife Janet’s condition continued to degrade over the next year, her weight dropped from over 200 lbs. to a mere 65 lbs. The next big change came January 10th, 2021 – also a Sunday and, interestingly, also at about 2:30 am – when the first phase of my torment ended with Janet passing from this life into the next. I say, “first phase,” because that is all it was, really. When your loved one dies, it’s the start of a new kind of grieving where the person that you grieve is really, truly gone. No ambiguity now, it was all very, very concrete.

However, it was not the end of the change. By the grace of God, I had begun to understand and accept the change that was going on around me. For example, I had reached the firm conclusion that regardless of the nature of the turmoil in your life, it is there for a reason: to prepare you for what is next.

Meanwhile, five and a half hours north of me, but also still well within Texas (Yes, the state is that big…) other events were transpiring. A lady named Jean Barnes was caring for her daughter Jennifer as she approached the end of her Huntington’s Disease journey. We had gotten to know each other through the online support groups for HD Caregivers. This was not, however, Jean’s “first rodeo,” as she had also cared for her husband Don a decade or so earlier as he died of the same disease.

By the time Jennifer died February 19th, 2021, I had a new job, and my daughter Frannie and I had moved to the bustling town of Mineral Wells, Texas. This move put us a mere two hours from Jean’s home in Garland, so when she announced that she was going to have visiting hours for her daughter at a local funeral home, I sent her a message and asked if it would be OK for me to come. My only thought was that Jean should have someone there for support who had traveled that same road.

When I drove three hours from my workplace in Cisco, Texas, to the funeral home in Mesquite, we had communicated several times online, but on the whole, she knew a lot more about me than I knew about her – I didn’t even know what she sounded like. For all I knew she could have had a voice like Marjorie Main. But I found out that she was a gracious hostess with a soft voice, and a gentle Texas plains accent, though with all the other visitors, we really didn’t have much time to talk.

That was the evening of February 25th. The five weeks and three days between then and April 4th (Easter Sunday) life became a kind of whirlwind in which God blessed Jean and me, by allowing us to rediscover our hope for the future in each other.

When we eventually married May 31st, we included in the service several things that referenced our joint past. To begin with, before the service proper started, we acknowledged our deceased loved ones. Next, the colors we picked for the ceremony were blue and purple, as reminders of Huntington’s Disease and Juvenile Huntington’s Disease. Finally, the vows publicly reaffirmed our intention to use our past experiences to help us identify what God has next for us, as a team.

This week is a time for change.

Choosing to live in a small town always involves making a tradeoff. On the one hand, the pace of life is slower and so is more restful. However, you can be a bit cut off. For example, if a medical problem should arise, you can find yourself feeling isolated, and with few available resources. That is very much the situation if you are living in large portions of northern Texas. From where Michael works in Cisco, the nearest hospital that even has a neurologist on staff is two or three hours away in the Dallas/Fort Worth metroplex. In a situation like that, how do people get support if they, or a loved one, are dealing with a neurodegenerative disease?

Unfortunately, this problem is far from being hypothetical. As the population of Western countries ages, a host of diseases that primarily strike in a person’s “golden years” are becoming more prevalent. And the improving state of healthcare means that people struck with these conditions are living longer.

To get a sense of the scale of the problem, let’s start with that total number of people that have been diagnosed with just a subset of all neurodegenerative diseases. One report indicates:

“Today, 5 million Americans suffer from Alzheimer’s disease; 1 million from Parkinson’s; 400,000 from multiple sclerosis (MS); 30,000 from amyotrophic lateral sclerosis (ALS or Lou Gehrig’s Disease), and 30,000 from Huntington’s Disease. Because neurodegenerative diseases strike primarily in mid- to late-life, the incidence is expected to soar as the population ages.”

Assuming a (very conservative) 1:1 ratio of patients to caregivers, that places a total of about 11 million people in the position of living lives directly impacted by these conditions – and that’s just in the US! The same report goes on to say that by 2030 it is estimated that 1 in 5 Americans will be older than 65 years of age.

When a problem like this arises today, the common solution is to start a movement that seeks to force the government to get involved in fixing the problem – all the while blissfully ignoring how screwed up things invariably get when the government (any government!) decides to “help.”

However, there is an alternative approach that has a long history of solving problems, which is to look for solutions locally and utilize local resources to address the problem. In short, looking for a more local future. Of course, this tactic has the “disadvantage” of requiring people to become personally involved, when it is often much more convenient to just send off your tax money and assume that the people in government will do the job for you.

After much consideration and prayer, the direction of personal involvement is the one which we believe will begin satisfying the commitments that we made when we were married. The idea we have is to form a local support group for those whose lives have been impacted by a neurodegenerative disease. It would be open to patients, caregivers, family members, and friends.

We first approached an organization called The Open Door that is located in Cisco, Texas where Michael works. The organization started providing pregnancy counseling services several years ago, and now provides a wide range of life services including parenting classes, couples and marital counseling, and GED support.

They are excited by this new opportunity and have made their facility in Cisco available to us. Our next steps will be to put together a flyer and an informational brochure. Once that is done, we will start publicizing the new gathering through places like doctor’s offices, commercial and community bulletin boards, churches, and nursing homes. Then there is, of course, the local radio station that Michael has been on already a couple times, talking about caregiving and grieving.

This may leave you wondering where all this new work leaves this blog. Well, it has been a difficult decision, but we have decided that this is the last weekly installment that we will be posting. Producing a weekly post is a grueling schedule. We will remain involved in the online support communities and will be writing additional posts as topics arise – just not every week. We are also pressing on with the effort to get the blog posts turned into a book, more on that should be coming soon.

So, to all of you who have supported this blog, thank you. Your kind words and comments have been more supportive than you will ever know.

A prayer for when you are looking for what’s next…

“Blessed are You, Lord God, King of the Universe. It is right that I should at all times and in all circumstances bless You for the plans that You have for us that are (as you said through Your prophet Jeremiah) ‘for a future and a hope.’ But today I want to bless you especially for guiding me from hopelessness to hope. Thank You for the gentle hand that You rest on my shoulder. Thank you for the patience You show when guiding a wayward spirit such as mine. Although the future is still murky, I can now begin to see at least the outlines of what is ahead. Please show me how to guide others along the way that You opened for me. Amen.”

3 Replies to “A More Local Future”