This week Janet fell again – twice. According to her, she is totally wheelchair bound because she can no longer use her walker. Okay, fine. Except her solution is to not stay in the wheelchair and call Frannie or I when she needs help. Oh no, her solution is to try and walk where she wants to go without the walker! In her mind, the walker no longer works for her, so she just stops trying to use it. In fact, according to her, the walker is why she fell the last time. She said that she tripped over it. Unfortunately, she fell in the hallway and the walker was in the living room, two rooms away!

This whole situation really worries Frannie because she has a friend whose mom fell, broke her hip, and died in the hospital. Consequently, Frannie is scared – and not without reason. With the current panic about this virus, if Janet does fall and has to be taken to the hospital by an ambulance, Frannie might not get the chance to ever see Mom again, dead or alive.

So for now, Frannie and I will watch Janet more closely and try to keep her in her chair.

This week I have also been revisiting the topic of retirement – and unfortunately my own words have been coming back to haunt me. Many years ago, when our son was in Boy Scouts, I taught a financial planning merit badge class. During that class, we discussed looking for their life’s work. A point that I made was to always start the search from what you enjoy doing. My reasoning was (and is) that we are all here to fill a particular niche in the world, and because God loves us, He will put into our hearts a love for doing whatever it is we are here to do.

One of the boys asked, “But Mr. Porter, what if you can’t earn a living doing what you love doing?” In response I said, “Look, if a bunch of good ‘ol boys from down south that loved to fish can figure out a way to spend all their time fishing – and get paid to do it – you’ll figure something out!”

Those words were so easy to say, but how to put them into action? Now I am the one trying to figure out my future. To wit, how do I maximize my time at home taking care of Janet, while doing what I love (writing)?

I feel I should start off by apologizing ahead of time in case the following conversation devolves into an emotional rant. This week it seems like I have been inundated with absurdist comments – or at least comments that from the Christian perspective, are rather absurdist. What makes matters worse is that some of the comments are coming from ostensibly Christian organizations. Consequently, I feel particularly uncomfortable with the direction in which things seem to be going.

Before the pan(icked)demic took hold, caregivers were under-appreciated and overwhelmed – but at least there was no hostility towards us. Over the past few months it feels like things have changed. It’s like people have turned off their brains and are all reading off the same script. I’ve been asked, “Don’t you care? You could bring the virus home and your wife could die.”

Sometimes, I feel like tapping them in the middle of the forehead with my forefinger (really hard) and yelling, “Hello? Anybody home? She has HD, she IS dying.” Sometimes, I feel judged by people who have no idea what is going on with Janet and seem unwilling or unable to grasp the implications of her disease. Looking back, I realize that there is only one thing that has remained constant in the time since Christmas: Janet is tired and wants to go home to be with God. Every day is painful for her, every day is torture as she feels herself melting away, and like an injured animal she just wants to curl up and hide. Who knows? Maybe those feelings are the root cause behind some of the behaviors that seems so willfully self-destructive.

Of course in the grand scheme of things, HD, with its 30,000 diagnosed cases, is not really very significant. But there are many other terminal diseases. At least people dying from cancer (like Lewis’ wife, Joy) can know and understand what is happening. However, do you have any idea how many different diseases can cause dementia? Those poor souls don’t know and can’t understand what is happening, so they die alone, deserted and isolated from everything that is familiar. Who of us can relate to that level of despondency?

However none of those facts matter in the slightest to the people with the scripts. They just read from the carefully typed-out and focus-group-tested talking points and no deviation is to be tolerated! Conform or be publicly shamed.

And then there are those who try to make it sound like they are concerned for you and your welfare. Admittedly I am old, but I can remember when the predominant feeling was that you deal with what life hands you, and just keep moving forward as best you can with God’s help. Now it seems like everywhere I turn there is someone telling me to just, “…say a quick prayer, and move on…”. The point of that particular post from a “Christian” organization, was that if you dwell on someone else’s problems it will drain you emotionally. I’m not saying that helping others doesn’t drain you emotionally, because we all know that it does, but their post was saying that we should use that effect as an excuse to not be involved in the lives of others – which is clearly wrong.

I once saw a cartoon where a lawyer was reading the will of a wealthy man to the “grieving” relatives who were presumably waiting to get their cut of the inheritance. The will started: “I John Smith, being of sound mind, spent it all before I died…” A real-world example of a similar attitude was Andrew Carnegie. While he accumulated unimaginable wealth as a young man, in later life, he started systematically giving away his vast fortune, to the extent that by the time he died he had little money left. And what did he use his money to build? Colleges, universities, but mostly libraries! I don’t know about you, but I grew up going to a Carnegie Library. Later, I was surprised to learn that there were actually libraries in the United States that he didn’t build. You see, in small town America, the words “Carnegie” and “Library” just went together.

That is sort of how I see things spiritually. I have been blessed with certain resources and, as in the parable of the talents, those resources are to be used. When those resources are used well, there is gain. But remember the words to the servant that just sat on his gift and hoarded it – he was called “wicked” and “lazy.” In sports, they use slightly different imagery. They say that if you have anything left when you get back to the locker room, you didn’t play hard enough. At the end of the day, that is what I want for myself: I want to be able to say that I “left it all on the field” – and if that makes me look irrational in the eyes of some, so be it.

A prayer for when you are feeling tired and irritated…

“Blessed are You, Lord God, King of the Universe. It is right that I should at all times and in all circumstances bless You for the consolation you provide. But today I want to bless you especially for the gifts and resources that You furnish to Your children. You always send me out into the battle well-prepared. Thank you for always giving me what I need, even when I don’t realize I need it. Amen”

7 Replies to “What is the Point, Really?” 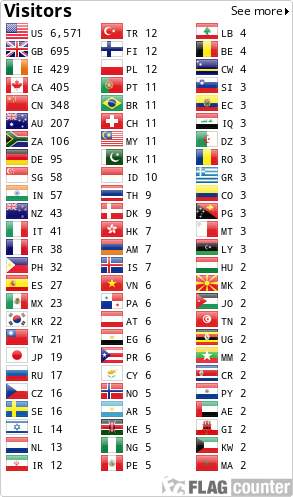