This week we found out that Janet’s CNA nurse Latonya, prior to becoming a CNA, worked as a hairdresser. Consequently, when she came in on Monday, she was able to cut Janet’s hair to a much more easily maintained shorter style that will not get tangled and matted. She also remembered that the 13th was Frannie’s birthday and so brought her a dozen decorated cupcakes to celebrate.

In terms of Janet’s medical condition, the catheter is continuing to work well and her fluid intake has remained higher than it had been previously. One concern was that the fluid in the tubing and bag had begun to take on a cloudy appearance. However, the CNA said at this stage, that was not unusual – plus it has since cleared out again.

Janet’s eating regime has also changed over the past couple days. Recently, she has been eating soft foods (pudding, yogurt, baby food) three times a day. Thursday, she announced that she was no longer hungry and didn’t want to eat anymore. While she hasn’t yet fully stopped eating, she may be working herself in that direction in that she has shifted to an increased number of mini-meals where she eats a few spoonfuls and then stops. The first time she did this, she said she was feeling full, though she has since also complained of acid reflux.

Finally, she started complaining this morning of her hands and arms being either “dead” or “asleep,” and of an inability to feel her legs. In addition, she can no longer tell where she is or how her body is oriented. This evening she was feeling confused because she said that it felt like she was floating in the air. Don’t know what that means – if anything – but there we are…

This week I have been thinking about something that, when it comes to being either a caregiver or the one who is being cared for, is often the 900 lb gorilla in the room: Communications – that constant struggle to comprehend the flow of information that is going on around us.

Notice, please, how I phrased that sentence. Although we tend to concentrate on spoken communication, the fact of the matter is that we are inundated by information in a variety of forms. In point of fact, there exist forms of communications that uniquely take advantage of each of our five human senses, and which deliver messages that are tailored to each mode of sense impression. Messages, I should point out, that are carried on, and mediated by, the central nervous system.

For example, we can hear language (typically words – though not always) that communicates ideas and concepts from one person to another. But hearing doesn’t stop there, we can also hear other sounds such as music, that communicate feelings or make us understand that the heroine on screen should really not go downstairs into the basement because that is where the guy wearing the hockey mask is hiding. Likewise, there are sounds like the cooing of babies or the smashing together of automobiles that each communicate their own kind of information.

Similarly, the senses of touch, smell, and even taste have associated with them their own unique types of messages. For example, taste helps me to understand my own physical condition, because when I am coming down with a cold or the flu, the first symptom I always detect is that I get a strange sort of “metallic” taste in my mouth. Smell can advise us that dinner is ready or that there is danger in the form of an overheating electrical device. Even touch can provide critical feedback that we are being loved and cared for, or that our phone is ringing thanks to haptic technology.

Finally, vision can help in the comprehension of language – as it is doing for you right now through a process called “reading,” or help us understand messages that pass between us through the ways that we hold ourselves or the looks on our face. However, this visual language is far less standardized than even English (which is notoriously bad on this account). For example, consider this picture taken in 1921 of the great Buster Keaton and his first wife Natalie Talmage on their wedding day. 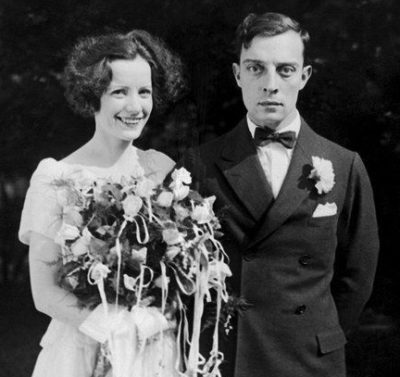 Now we have no way of knowing whether the expression on his face was an accurate representation of his true feelings at the moment, or whether, given his persona as “The Great Stone Face,” he was posing for the photographers. However, if he had any inkling of how that union would turn out, it might have been either one. Regardless of which it is, the picture well illustrates the problem with a task that we take on without thinking every day: trying to understand what people are thinking based on hints that we get from their facial features and body language. If people’s faces are the windows to their emotions, those windows are often dirty or clouded by cultural, societal or personal concerns, garbling the nonverbal communications.

In addition, psychologists have done studies to analyze how people extract emotions and it appears that the processing required is far from trivial – and that’s for someone with a “normal” brain. If you start considering people with known neurological problems, you can begin to understand how daunting and fraught a task it can be for your loved one, who is dealing with some sort of degenerative condition – or you, for that matter, after having only gotten eight hours of sleep in the last three days.

Is there anyone alive who has not had the experience of saying something that we thought was rather obvious and suddenly had it blow up in our face? Now the first thing to understand is that these sorts of miscommunications will always be with us. Therefore we need to approach all communications from a place of humility where we need to hear what the person is really saying and not be simply “triggered” by certain words or phrases. For example, the book Huckleberry Finn is today censored and removed from library shelves because it uses the dreaded “N” word – while ignoring the fact that the book is a devastating evisceration of slavery and bigotry in the pre-Civil War south.

And the same concept applies on the mundane level of personal relationships. Let’s be honest, when you live with someone for a number of years, you learn words and phrases that you know are guaranteed to offend and exasperate the other person. For example, Janet learned the phrase that would trigger me, and as the disease progressed, she used it often. The phrase was, “ … I hate you, I want a divorce … ”

I well remember a couple of instances where, after she made that statement, family had to (metaphorically speaking) talk me in, off of the ledge. Now in a healthy relationship, both parties can be educated to not deliberately say things that they know will hurt a loved one, but in a situation where caregiving is involved, the relationship is not healthy – or at least not healthy in that way.

A contributing factor, that may sound strange, is a lack of vocabulary. If you are a caregiver, sometimes your loved one can simply “lose” words. A humorous instance of that occurred after my Mother’s first stroke. She was recovering well, but one troubling gap was that she could not think of the word “sofa.” 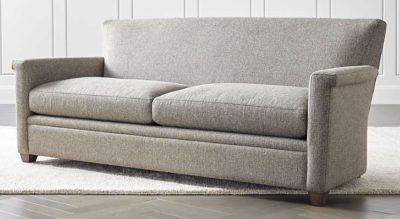 Oh, she had dozens of the other words to name that piece of household furniture, but “sofa” was just gone. So if I was trying to explain something to her and used that word, she would have had no idea whatsoever what I was talking about. More recently, I have had conversations with Janet, where I said something rather simply and plainly, but Janet didn’t understand, and surprisingly, saying the same words louder and more slowly, did not help her comprehension. What did help was rephrasing. Using different words allowed “meaning” to thread its way through the swiss cheese that is Janet’s brain, to reach “understanding.”

There are many parts to this effort to ensure clear communications, but as with all things in this life, we are not alone in this struggle. Sometimes it seems like God’s main job is to bring order out of chaos. The creation started with a formless chaotic void to which the Creator brought order and light, and so it is with life today: God continues to strike down the chaos of confusion and bestow on it order and light. A beautiful prayer that closes the sabbath observance for Jewish faithful speaks directly to this point by praising the Creator for bringing order to the world by making distinctions: distinctions between the holy and the profane, between light and dark, and between those who are faithful and those who are not.

“Blessed are You, Lord God, King of the Universe. It is right that I should at all times and in all circumstances bless You for bringing order of chaos. But today I want to bless You especially for all the many and diverse ways in which you work to bring order and beauty to my life. Teach me to lift up your order and truth to those around me. Amen.”